Twitter RSS Feed
← #coponcomrades Revisited: The IT Women’s Podcast
Letter to my (often feminist) friends who are concerned about those in “prostitution” and think that criminalizing those who pay for sex really can’t be such a bad idea. →

Abortion on demand and without apology

Pro-choicers: does the above sound familiar? If it doesn’t, you need to learn your fucking history. This was a slogan of the women’s liberation movement of the 1960s and 1970s, a movement that succeeded in greatly broadening access to abortion for women in the US and UK. 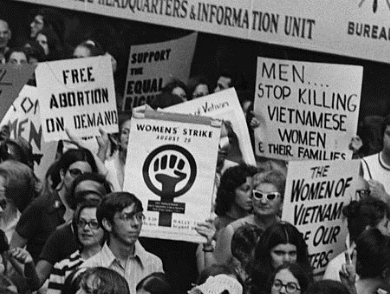 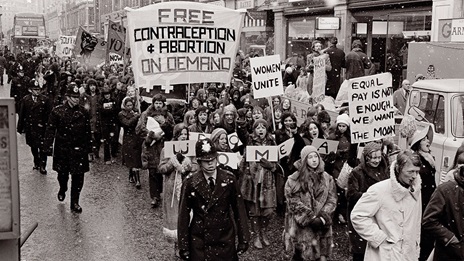 Sadly, it seems that the legacy of these older feminists’ activism has indeed been forgotten in Ireland. These days, when you hear a pro-choice activist speak the words “abortion on demand”, most of the time it’s for the purpose of denying that this is our objective at all. Even worse, the slogan has been actively disparaged by the Irish pro-choice movement as if it was a slur dreamed up by the Iona press office, with people who really ought to know better describing it as an “awful” phrase, as “stupid”, as “nonsense”.

To which I have to ask: if we aren’t fighting for abortion on demand, what is our fight all about?

The meaning of “on demand” isn’t particularly complicated or controversial, at least in any other context. The Oxford definition is “as soon as or whenever required“. Cambridge Dictionary has it as “at any time that someone wants or needs something“. Collins states “as soon as requested“.  Other dictionaries may use slightly different wording, but they’re all expressing one or both of two simple concepts: unconditional access, and access without delay.

This is, of course, precisely what abortion rights campaigners are seeking – and contrary to what some have suggested, it’s also precisely what is meant by those who say they don’t support “abortion on demand”. They mean they want to preserve a system in which women must get permission before being allowed an abortion, if indeed we’re allowed at all. They don’t object to abortion on demand because they think it will mean abortion hen parties; they object because they think access should be controlled and limited to what they consider “deserving” cases.

Some pro-choice objections to the slogan seem to think it conjures images of women doing a Veruca Salt outside the abortion clinic. This is simply confusing different meanings of the word “demand”. Demand for abortion no more implies demanding abortions than “the demand for” anything else necessarily implies people pounding their fists until they get it. It’s a little icky to conceptualise abortion as an economic service, but technically it is – prior to the 14th Amendment, this was a key element of the fight for the right to distribute abortion information – and in that respect it’s subject to “demand” in the same way as any other good or service. NBD, again.

The other argument I hear against the phrase is that it would have negative connotations (the hen party abortions) with that fence-sitting public we’re trying to win over. Well, sorry, but who was it that allowed those connotations to develop, if not a pro-choice movement constantly responding to the phrase by insisting that oh heavens no we’re not calling for something called abortion on demand?

To be clear (let’s see how many people miss this point), I’m not suggesting that the Repeal campaign should adopt “abortion on demand” as a slogan. A slogan is a tactic, not a principle, and as long as we’re campaigning for what abortion on demand actually is I don’t really care what we call it. But there’s a difference between not adopting a slogan, and the kind of defensive disassociation from it that the Repeal movement has engaged in. Not alone is the latter grossly ahistorical, and disrespectful to the women who went before us; it also puts us on the back foot while diverting from a real discussion about abortion accessibility in a post-repeal Ireland.

Let’s try this. Instead of going all defensive every time we hear the slogan, what if we use it as an opportunity to make our argument for unconditional access? To challenge those who wield it as a weapon to declare which women they would exclude from the right to abortion, what measures they would put in place to filter out the “undeserving” cases, how they would enforce those measures and any violation of them? This would be a far more constructive response, and would also have the advantage of not handing them a microvictory by shifting into denial mode every time they say it.

But if you must continue to object to the phrase, for god’s sake do it in a way that doesn’t insult the legacy of past generations of activists. Their struggle for abortion on demand was not awful or stupid or nonsense. It paved the way for where we are today – on the cusp of liberalising one of the Global North’s last black spots for reproductive rights – and though we need not follow their exact footsteps, we owe them at least the courtesy of acknowledging the path they took.

Posted in Abortion. Bookmark the permalink.

Fighting a lonely battle for evidence-based policy and the proper use of apostrophes.
View all posts by Wendy Lyon »
← #coponcomrades Revisited: The IT Women’s Podcast
Letter to my (often feminist) friends who are concerned about those in “prostitution” and think that criminalizing those who pay for sex really can’t be such a bad idea. →